Mission: A Calling to Know Christ 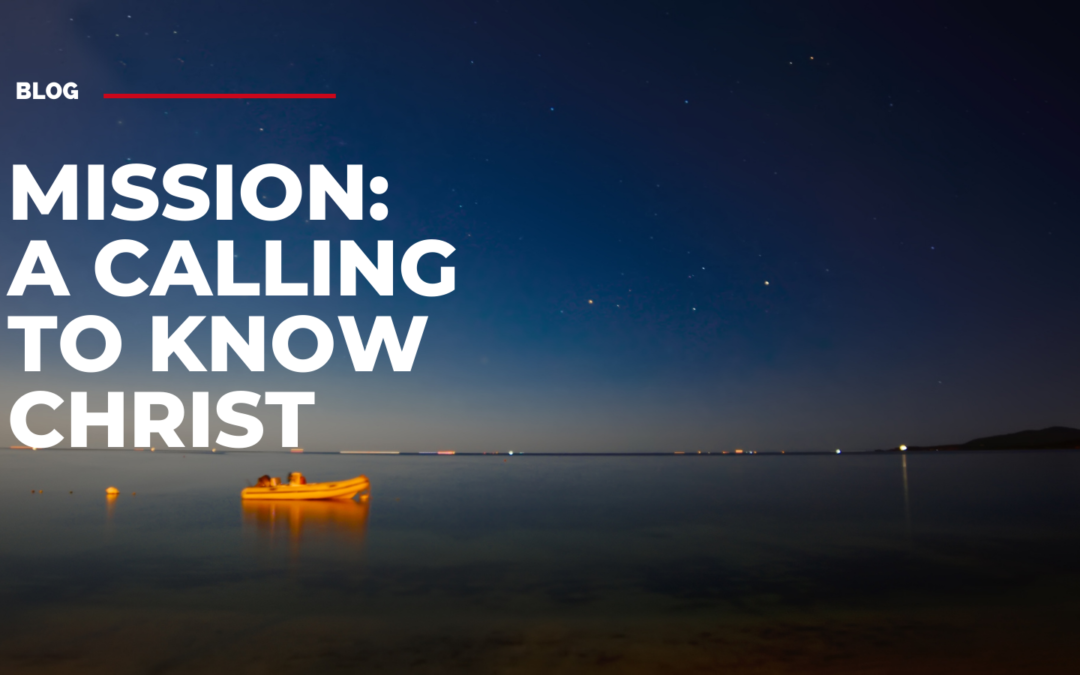 Many years ago, God had entered my world through Christ and shaken me free from certain attachments to fear in leading me to Haiti, and then directing me anew to return.  I was back home again in the interim period of waiting and working out the next steps, and as I sat pondering whether my decisions were worthy or not, or with right reason, within my soul I heard the following question, “Was Peter called when he walked on the water?”

This may have been the most irrational step that Peter ever took, or perhaps it was the most? The text in Matthew 14 says that Peter and his company thought that the apparition of Jesus upon the waters in the middle of the night may have been a ghost.  They were full of irrational delusion as they clamored to understand the massive unexpectedness of such an encounter on an already rough and dangerous sea.

Peter’s response strikes me as most humorous.  He tells this apparition that if he is Jesus to command him out there with him.  He is really laying himself out in a most susceptible way.  Yet this is so often our course too.  As we turn to Jesus whom we know, but we do not yet know well enough, especially in the uncomfortable or even scary moments of our lives, we are turning to Him as one who may be taking us into the unconventional and dangerous.  We find ourselves confronted with the limits of our reason and the greatness that goes beyond our senses.  Peter reveals the one aspect that matters in such a spot, he loved Jesus enough to want to go to Him there too.

Jesus beckons him with a simple call, “Come.”  The moment was charged with the force of God’s command, and the submission of Peter was at once, until he got distracted in the later steps to follow.  Yet even so, God saved, and God was made known.

The day I heard that question in my soul, and saw what had transpired, I knew that God had also given me such a call into the unknown to meet with Him.  I knew that He would lead into the uncertain situations of mission again and that this was the best place to be.  I need to know Him more, and while I do others too would get to see and learn of Him.

I believe the apostle Paul and the others also knew that this was the principle matter to their work, and I find it best described in 1 Corinthians 2:1-5 when Paul speaks about his objective in first going to those in Corinth, “And I, when I came to you, brothers, did not come proclaiming to you the testimony of God with lofty speech or wisdom. For I decided to know nothing among you except Jesus Christ and him crucified. And I was with you in weakness and in fear and much trembling, and my speech and my message were not in plausible words of wisdom, but in demonstration of the Spirit and of power, so that your faith might not rest in the wisdom of men but in the power of God.”  After many years of walking with Christ, he was still stretching out in a trembling way to know Christ as he made Him known.

After many years of life in mission, I believe more than ever that this is at the heart of our calling, and when it isn’t we are lost.  As I teach or carry out other duties at Cornerstone, I am full of a trembling hope to meet Christ in the classroom or hallways with students and colleagues, and that they would too, and then I pray onward from there that those in isolated lands would also meet Him through the students who are meeting Him now.